Is it true that the LASIK procedure causes cataracts? 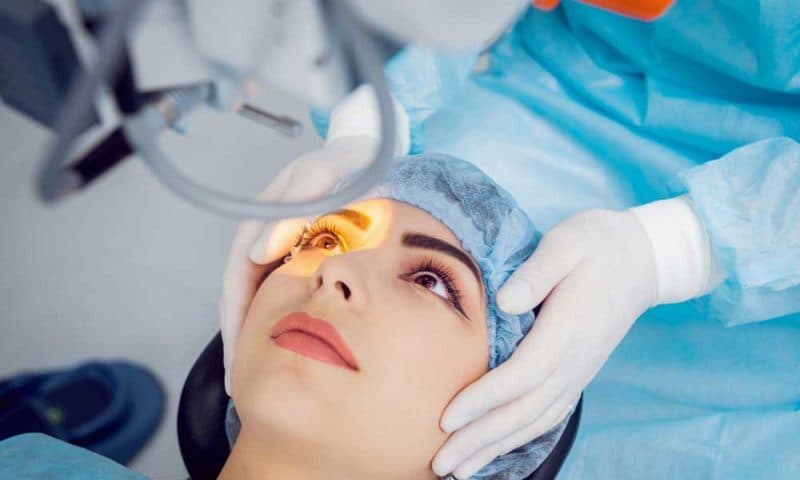 Laser In-Situ Keratomileusis or commonly known as LASIK, is a type of eye surgery that is often used to correct eye disorders such as nearsightedness, farsightedness, astigmatism, and presbyopia. The purpose of LASIK is usually to reduce your dependence on visual aids such as glasses or contact lenses . This operation, which aims to improve visual function, works by reshaping the cornea, the part that is in front of the eye and looks clear, so that light passing through the cornea can focus on the retina located at the back of the eye.

LASIK Risk
Although relatively safe and the chances of success are very large, any type of operation including LASIK has its own risks. Some complications that may occur in LASIK surgery are:


What is a cataract?
Unlike the decline in visual function that can be cured with LASIK, cataract is an eye disorder that usually appears with age. Cataract is a condition where the lens of the eye is covered by a cloudy colored layer that can cause impaired visual function. Cataracts can appear in one eye or both eyes.

Unlike LASIK which is associated with the cornea, cataracts are related to the lens. The lens is part of the eye that functions to focus light or images on the retina. In normal eyes, light passes through a transparent lens and is received by the retina. The light that reaches the retina is then converted into a signal to be sent to the brain. For light to reach the retina, the lens must be transparent. This explains why people with cataracts experience vision problems.

There are several types of cataracts, namely:

How to avoid complications due to LASIK?
Complications caused by LASIK procedures can actually be avoided. Ensuring that you are fit to undergo LASIK is one of them. Make sure the doctor who will carry out the LASIK procedure knows very well the condition of your eyes. The doctor will check the thickness of the cornea, pupil size, and what type of medication you normally use. Some conditions that determine whether you can undergo LASIK or not are: